Located strategically on the historic Silk Route on the border of Europe and Asia, the city of Constantinople enjoyed its glory over two thousand years as the capital of the Great Roman Empire, the Byzantine Empire, the Latin Empire, the Ottoman Empire and the Republic of Turkey. More recently, in 1930 the city was renamed, and is now Istanbul, not Constantinople. The name may have changed, it may no longer be the capital, but the influence of history and the many cultures remain intact in this beautiful city on the Mediterranean that spans across two continents.

So, what does one do and what does one see when visiting Istanbul? There is so much this city offers! I am going to present this as 'A Day in Istanbul' but I actually did this over three days, and would not recommend trying to cram it all in one day. 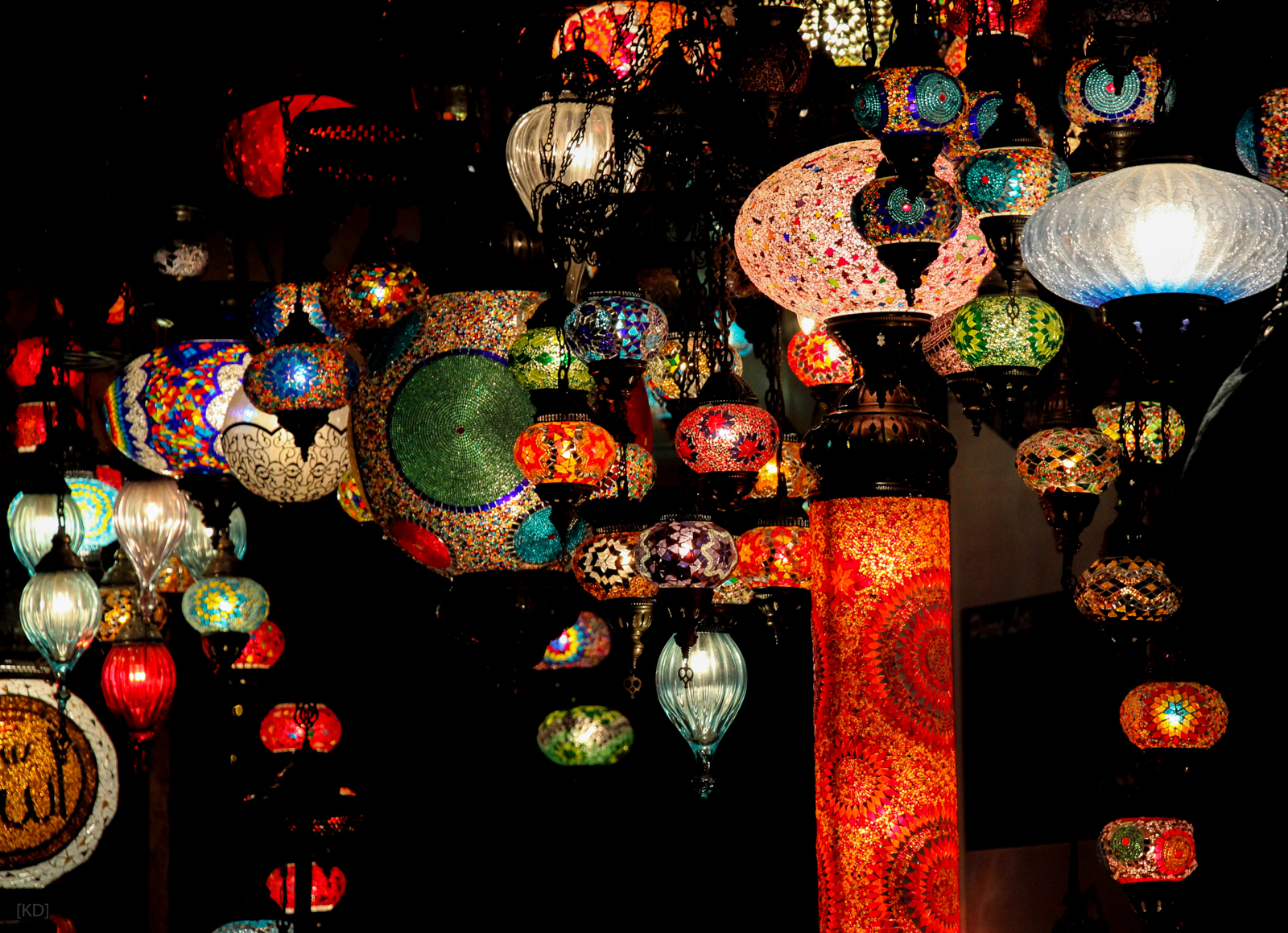 Even before landing in Istanbul, the first question is, where do I stay, considering the city is so huge? I went with the conventional touristy choice- Sultanahmet area in the old city on the European side, and I highly recommend this. The hotels are plentiful, the narrow cobbled streets have a charm of its own, the sight of bright blue waters of the Mediterranean Sea from the window is pretty and it is within walking distance of some of the most popular sights to visit. 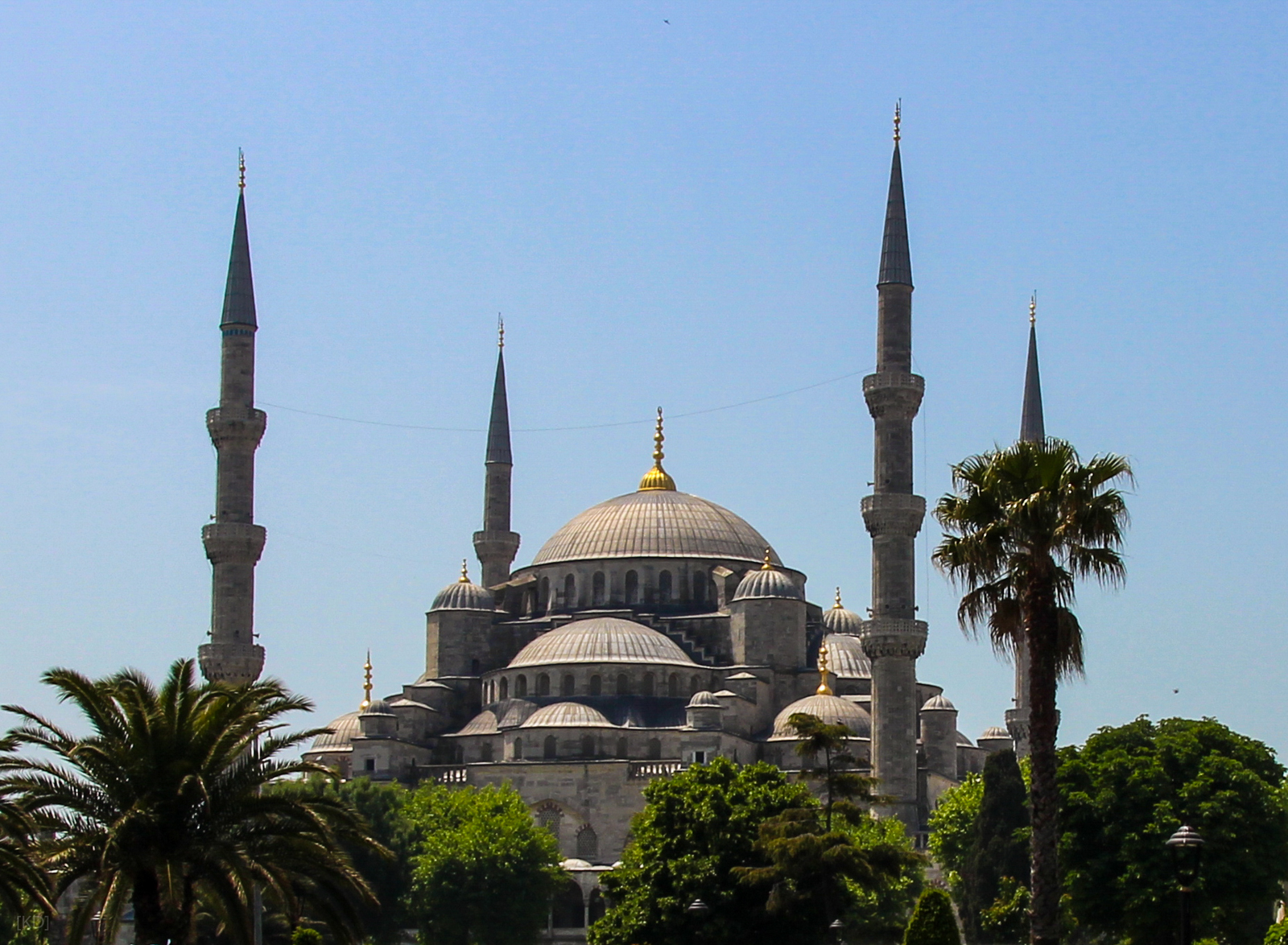 The day starts with a sumptuous traditional Turkish breakfast with many varieties of vegetable, yogurt and bakery items whose names I do not remember but the taste I sure do, along with the ubiquitous Turkish tea (chai), the first of many that you will invariably have eventually. A short walk out opens into a giant courtyard, on either side of which are two imposing structures- the Sultanahmet Mosque (also known as the Blue Mosque due to its turquoise interiors (Trivia: the early Europeans named the colour "turquoise" due to the Turks' love for this shade of blue)) and the Hagia Sophia. This is the thriving tourist hub of the city, full of life any time of the day or night. 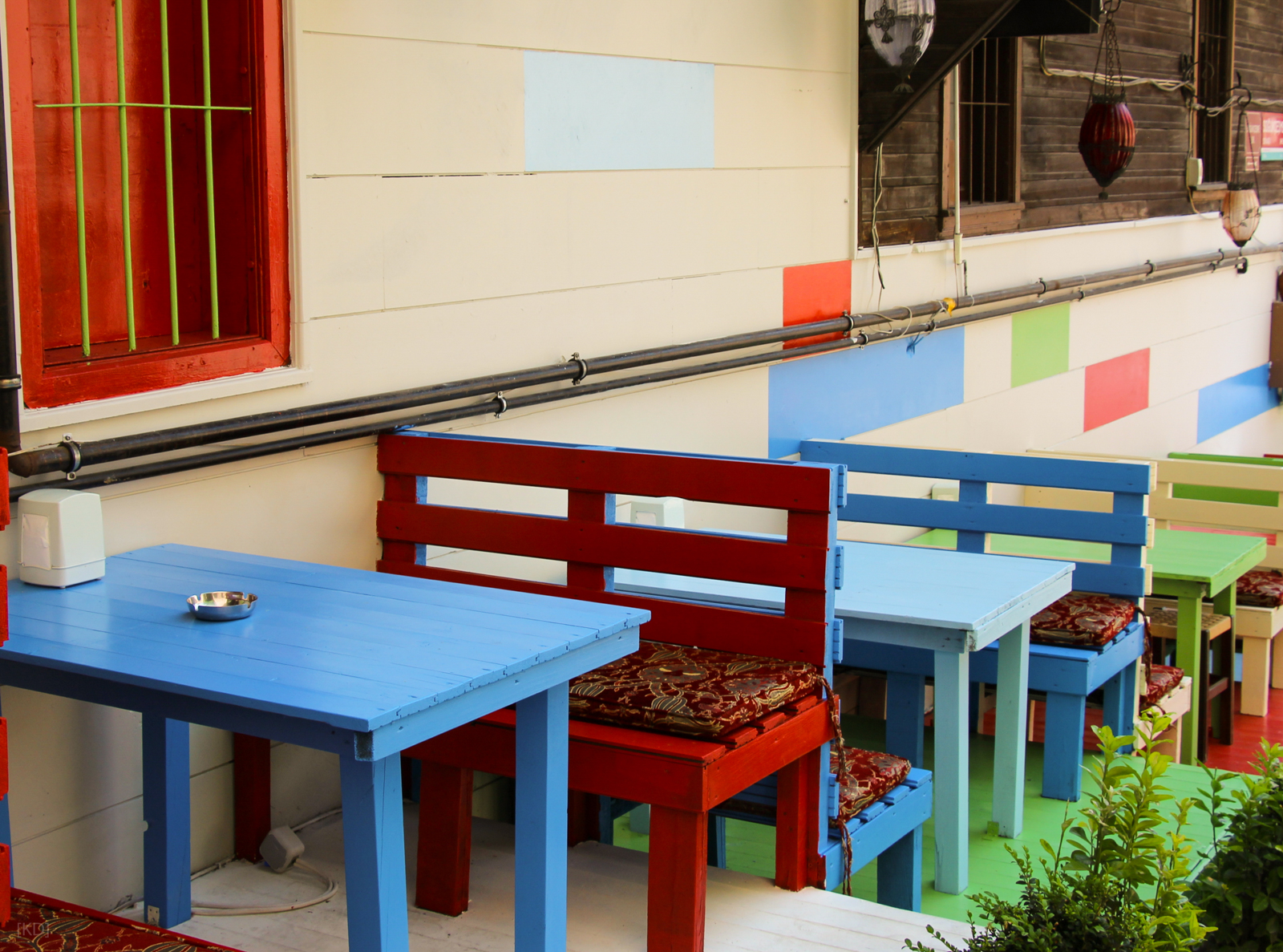 My first attempt to visit the Blue Mosque fails since it is open to non-Muslim tourists only at certain hours of the day (also, appropriate attire is required. No shorts or sleeveless tops for everyone, and women need to cover their hair. If you land up short, they provide bright blue bedsheet-like things at the door to cover up) so across the street we go to Hagia Sophia which is more open, both in terms of time and dress code. 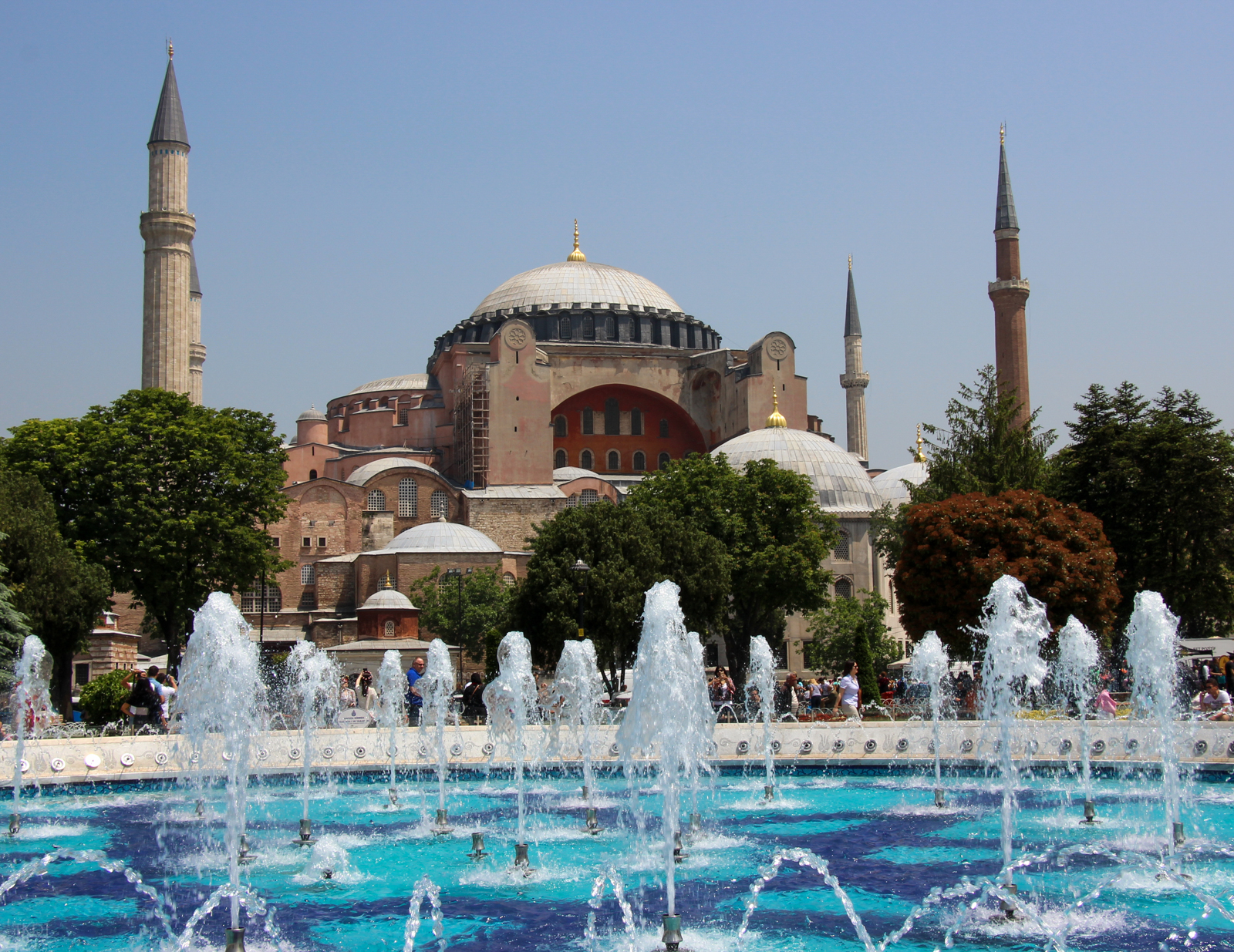 For a place with myriad history as the Hagia Sophia, one would think a self-guided audio tour is great, but I was mistaken. The one they provide is a big disappointment. It is vaguely ordered, incoherent and boring. Avoid, and explore on your own. The structure itself is anything but boring- it is grand, magnificent and awe-inspiring especially considering it was built a thousand years ago without today's modern engineering tools. 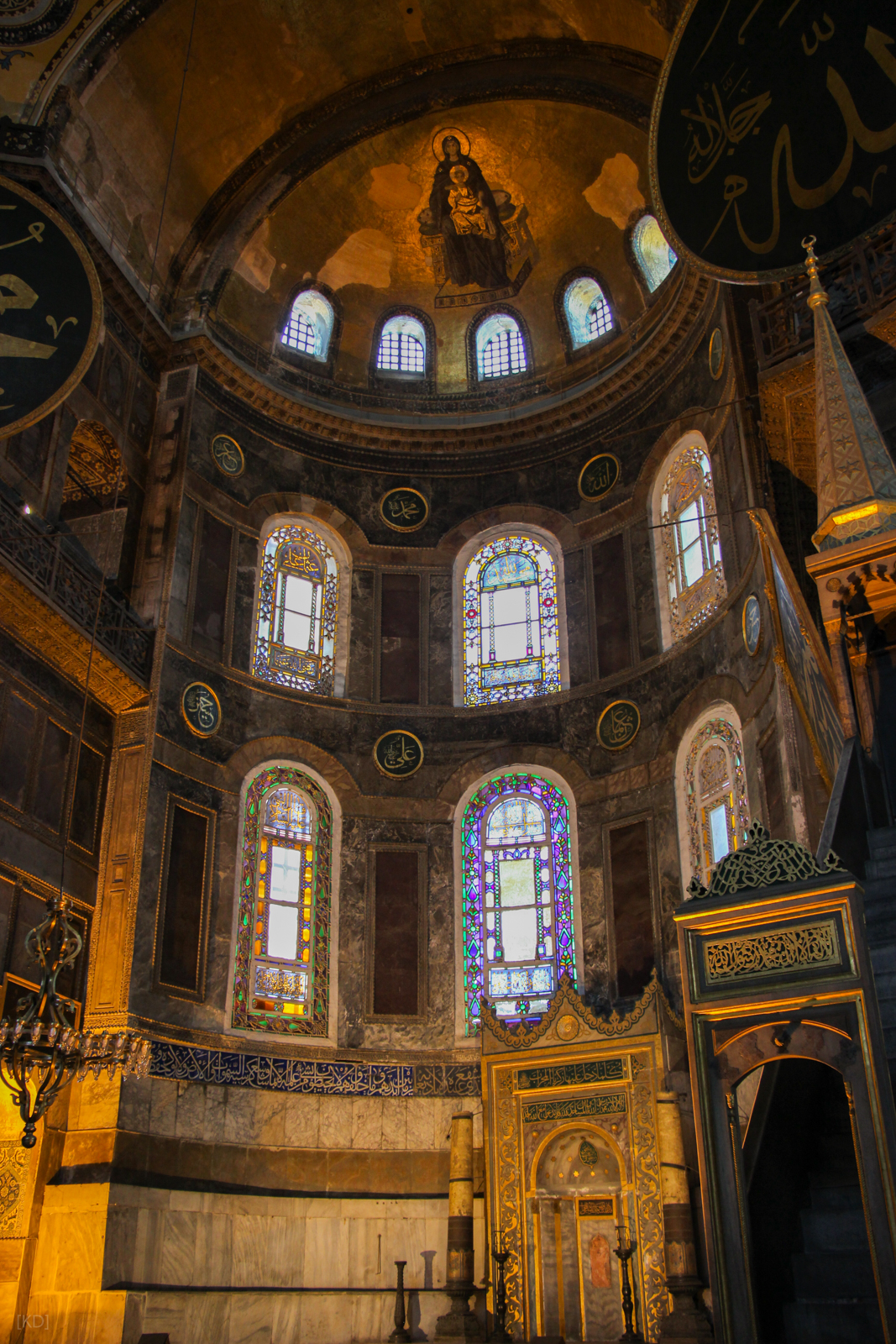 Next up, just behind on the other side is the entrance to Topkapi Palace, the residence of the Ottoman Sultans for over 400 years. Built on the best location in the city- overlooking both the Bosphorous and the Golden Horn it is a nice walk through various ornately decorated rooms and a museum of old weapons. Some of the rooms have huge queues to enter which I skip since I have a lot more to cover. 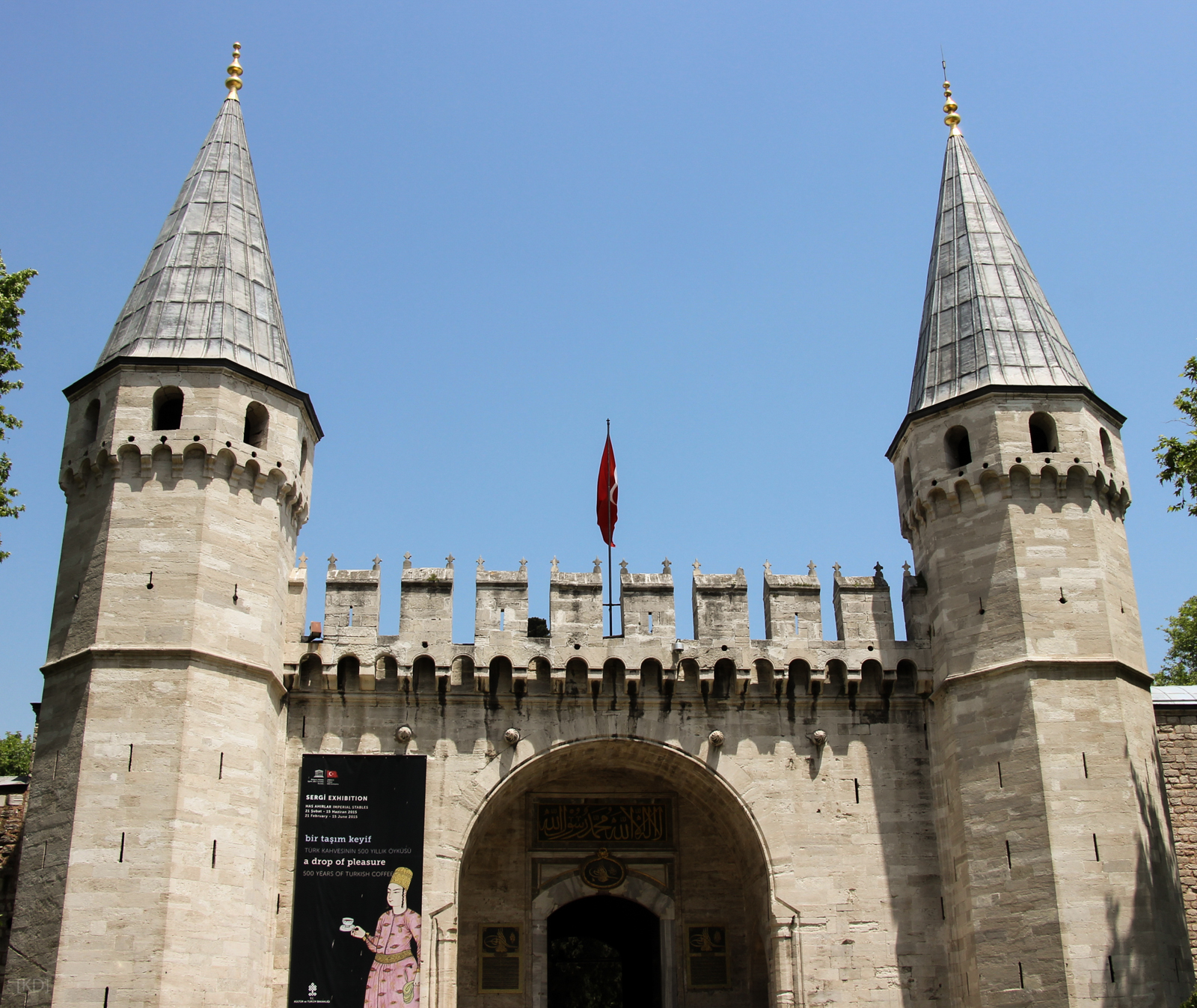 Before leaving the area it is worth giving another shot at entering the Blue Mosque. The queue is long but moves quickly and it is fun seeing all the caught-unaware tourists wrap themselves up in blue bedsheets in awkward ways. New fashion gets born here out of necessity. 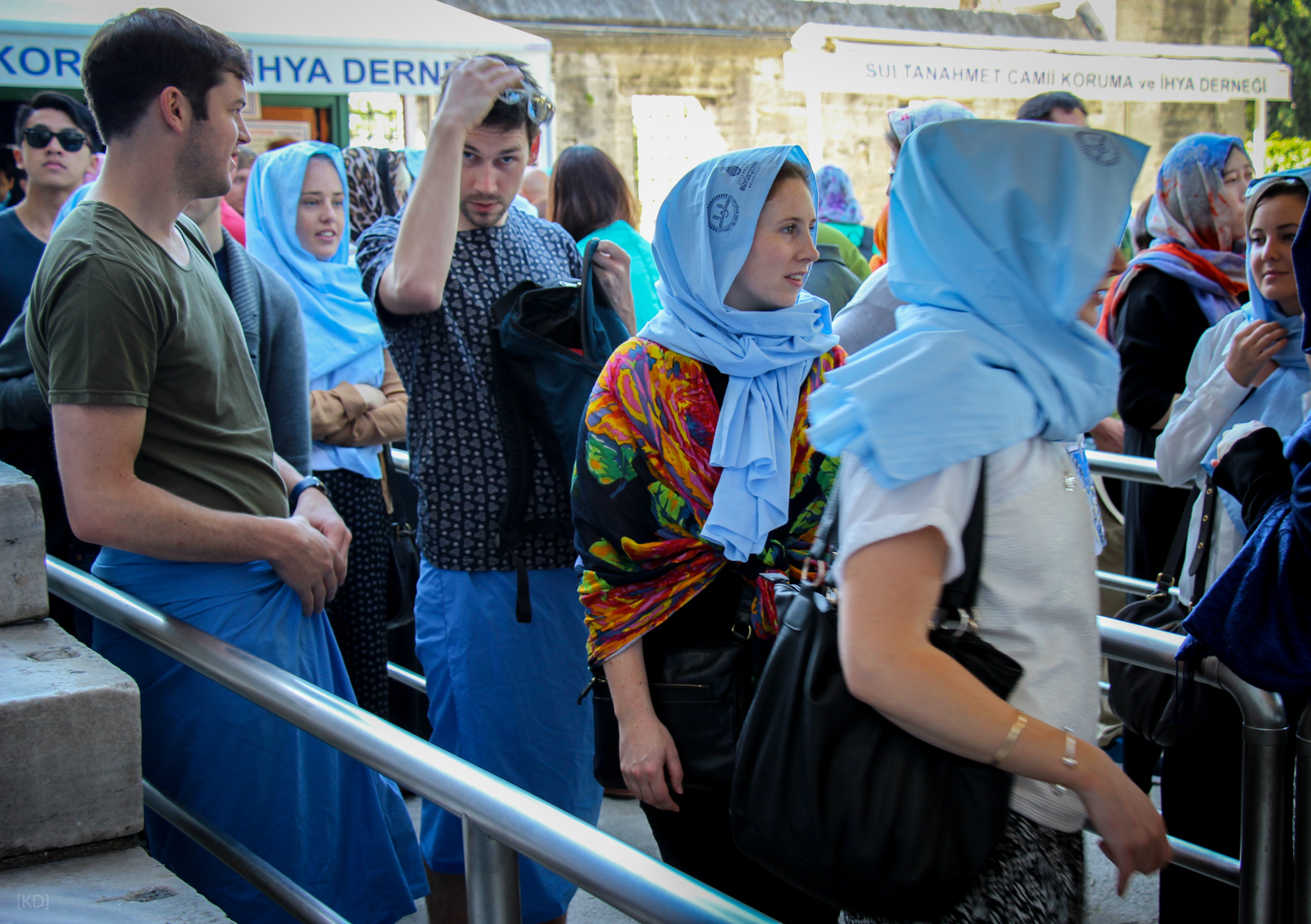 Inside, the mosque is one huge circular room with towering domes covered in intricate designs and stained glass windows. The center of the mosque is devoted to the faithful praying in silence, while around the edges, tourists gawk in awe at the beauty of the structure. The grandeur of it is difficult to put in words. 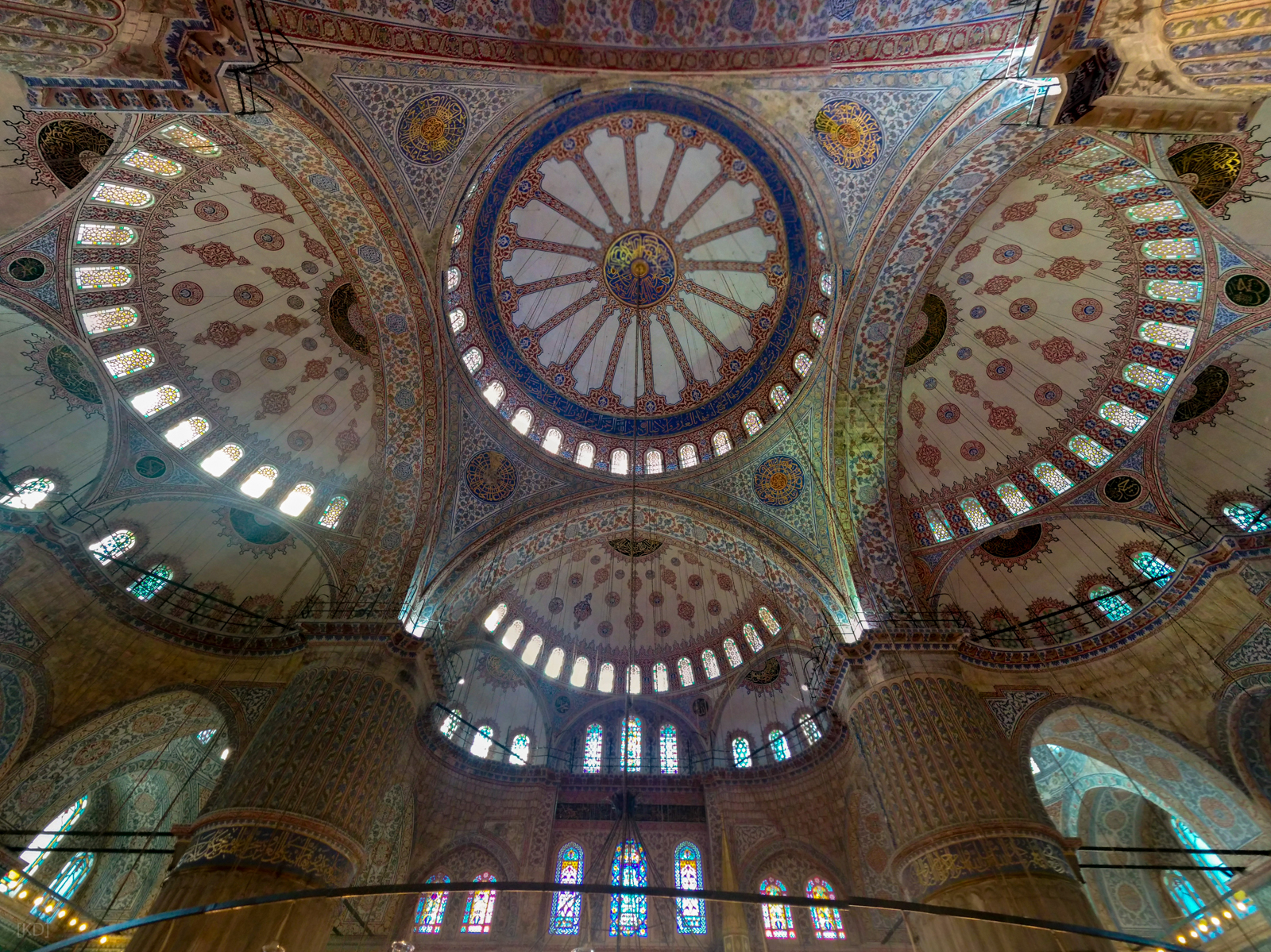 It is time to move on to other parts of the city, and thankfully Istanbul's excellent public transport system makes this very easy. Trains, trams, subway, buses, funiculars, ropeways, ferries you name it and it is there. It is like someone thought "How many different types of public transport vehicles exist? Let's put them ALL!". For those who desire more privacy there are cabs and Uber. On my only cab ride, I get a driver who is not wearing a seatbelt, holding a cigarette in one hand and steering in other, one eye on the road and other eye on his strategically mounted mobile phone on which he is watching a movie! While driving! Thanks, I will stick to the trams. 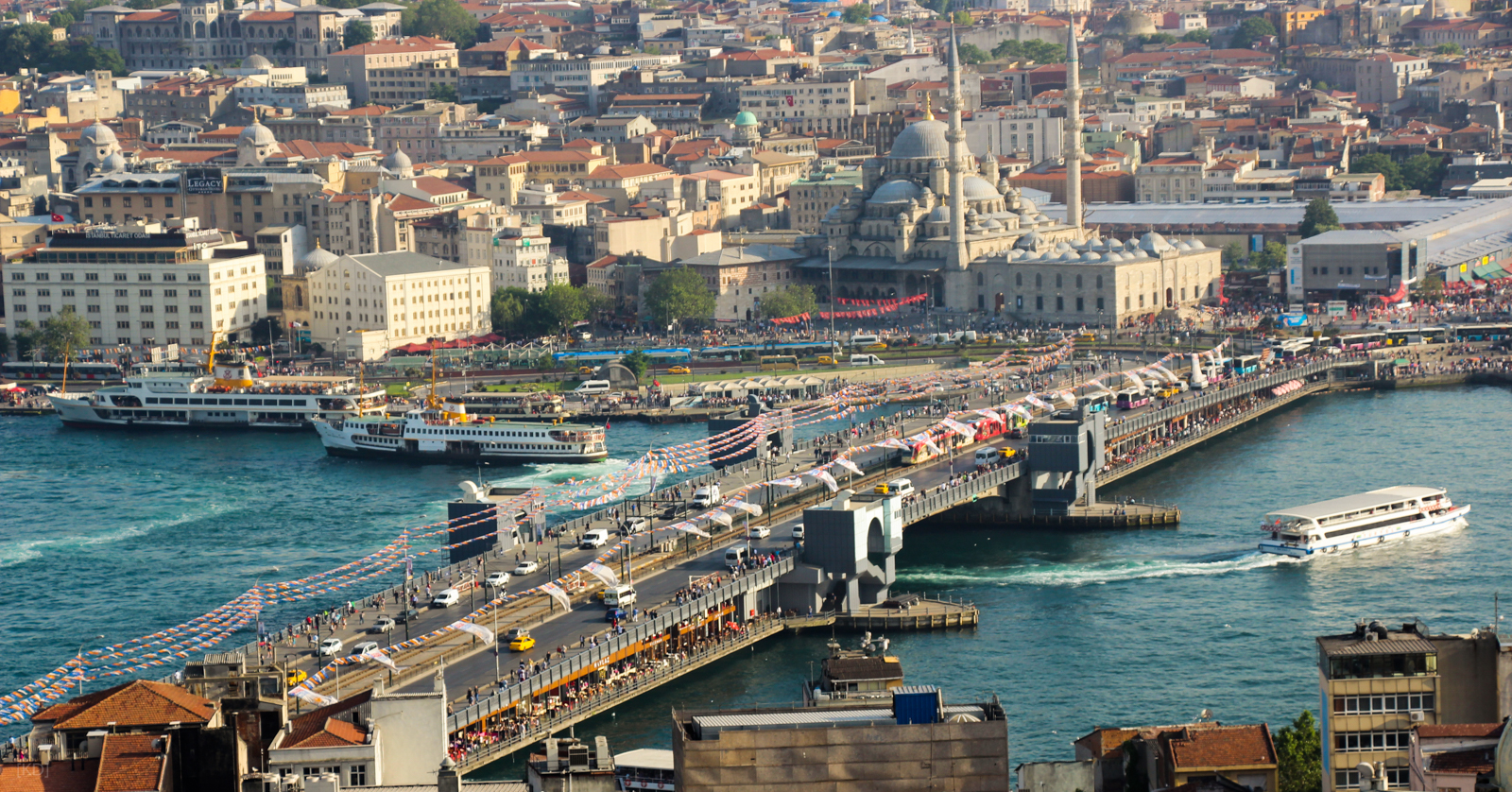 Connecting the two European halves of Istanbul across the Golden Horn is the Galata Bridge, under which are dozens of restaurants whose staff will jump over each other to invite you to their eatery. Apparently the place is famous for seafood, which is irrelevant for me as a vegetarian but a couple of my friends claim they enjoyed their fish dishes. 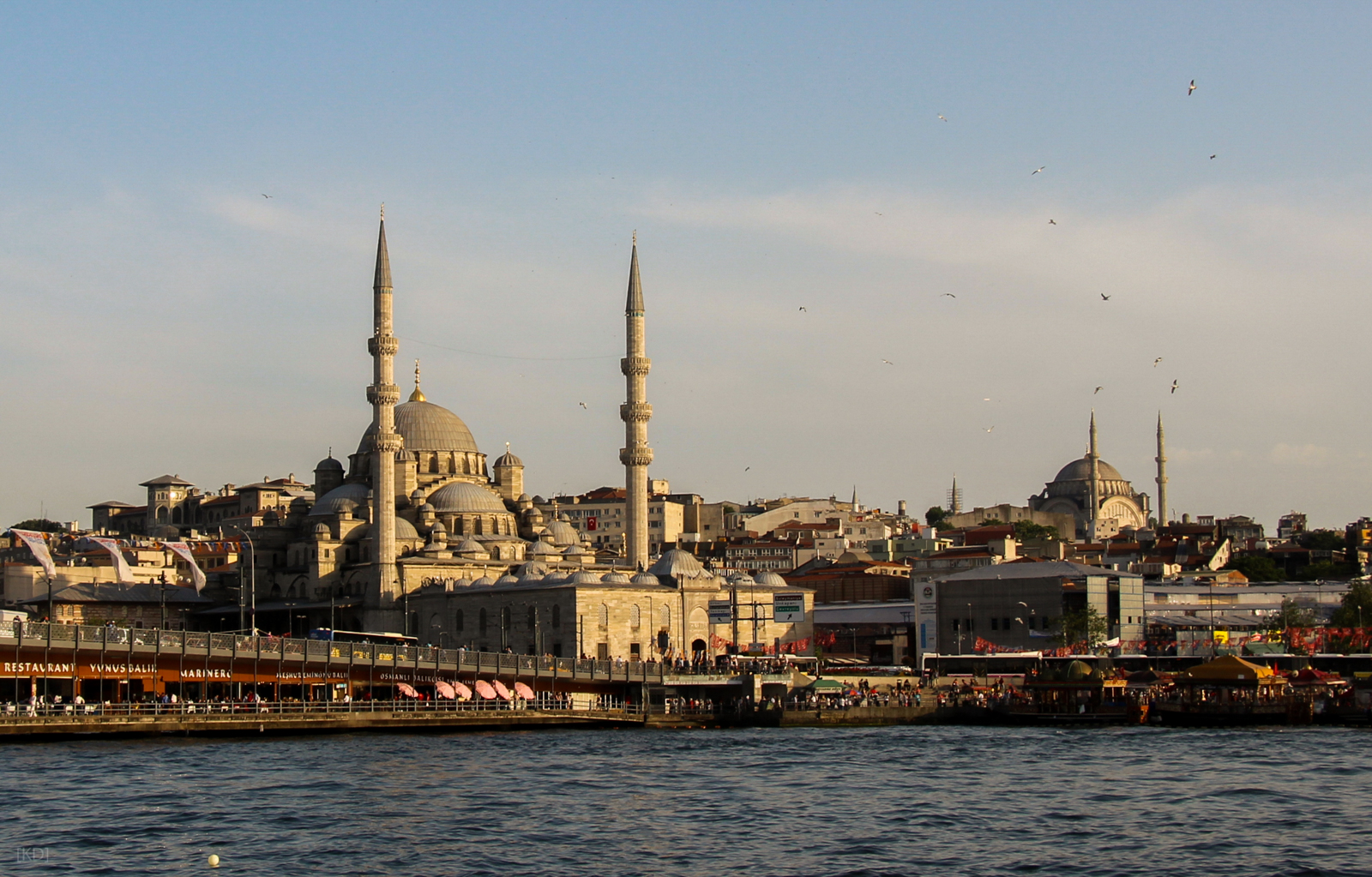 A short but steep uphill walk away, tucked between old buildings is the Galata Tower. Built in 1348, the stone tower rises over the skyline and offers a magnificent 360 degree view of the entire city- this is one of my favorite place, great for photography. 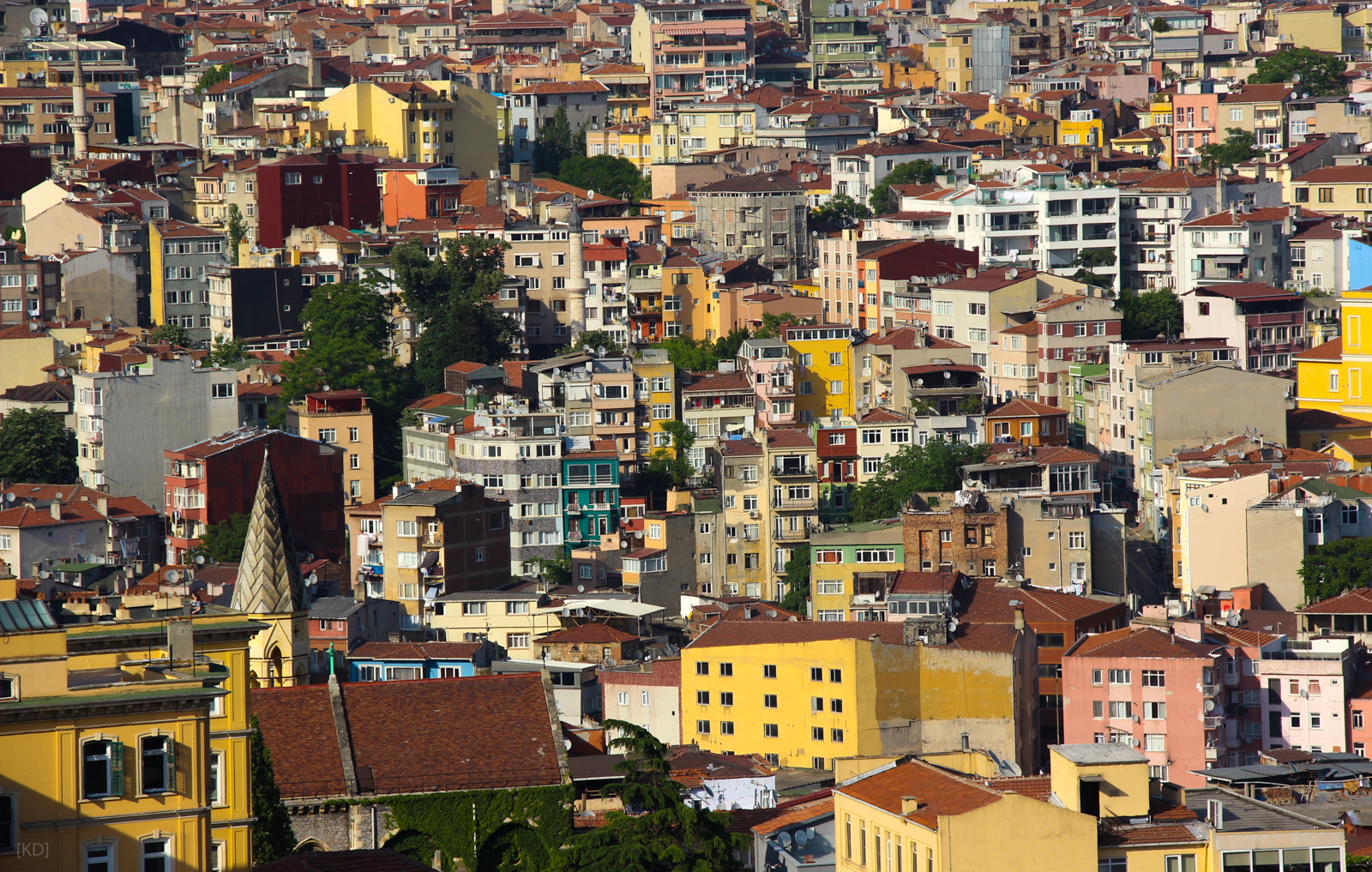 While at Galata, I see signs to Tunel- the world's oldest funicular and the second oldest underground railway, in use for over 150 years taking passengers up a steep incline to Beyoglu at the start of Istiklal Caddesi (Independence Avenue) which is the life of Istanbul in the evenings and night. Lined with shops, restaurants, bookstores, art galleries, clubs and everything fun, it is open only to pedestrians and a historic tram.

If an underground inclined railway is not your cup of tea, the alternative is to walk up from Galata to Beyoglu through narrow lanes great for window shopping, and maybe stop by at one of the quaint little coffee shops with local music lovers playing Kemençe and Bağlama. 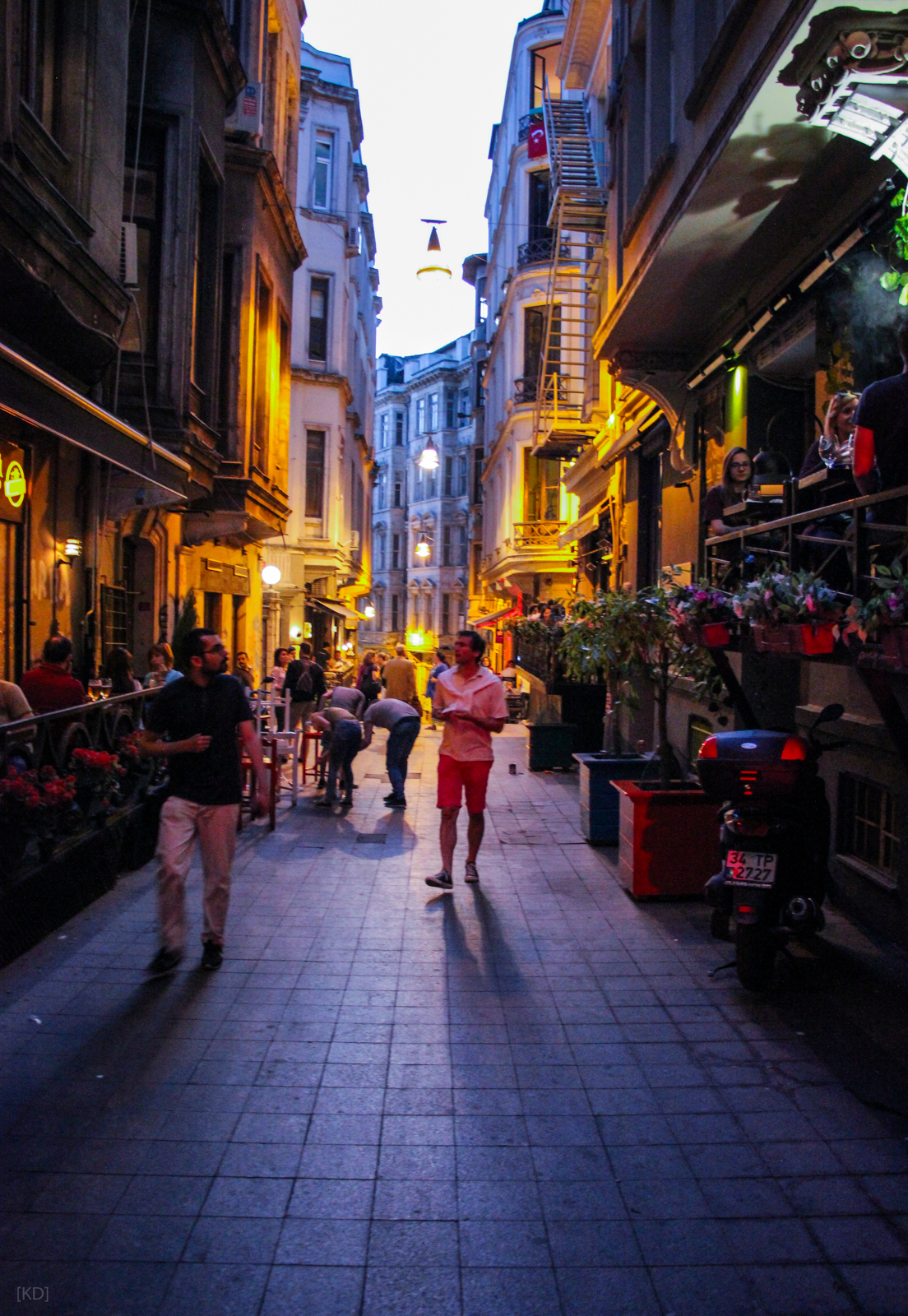 At the other end of Istiklal Caddesi is Taksim Square, a major public square, sometimes called the heart of modern Istanbul that shot to worldwide fame during the 2013 protests. On a normal day today, the square is the de-facto place to gather and celebrate every time one of the local football teams win a game, and I am fortunate to witness one of those celebrations which can get quite raucous. 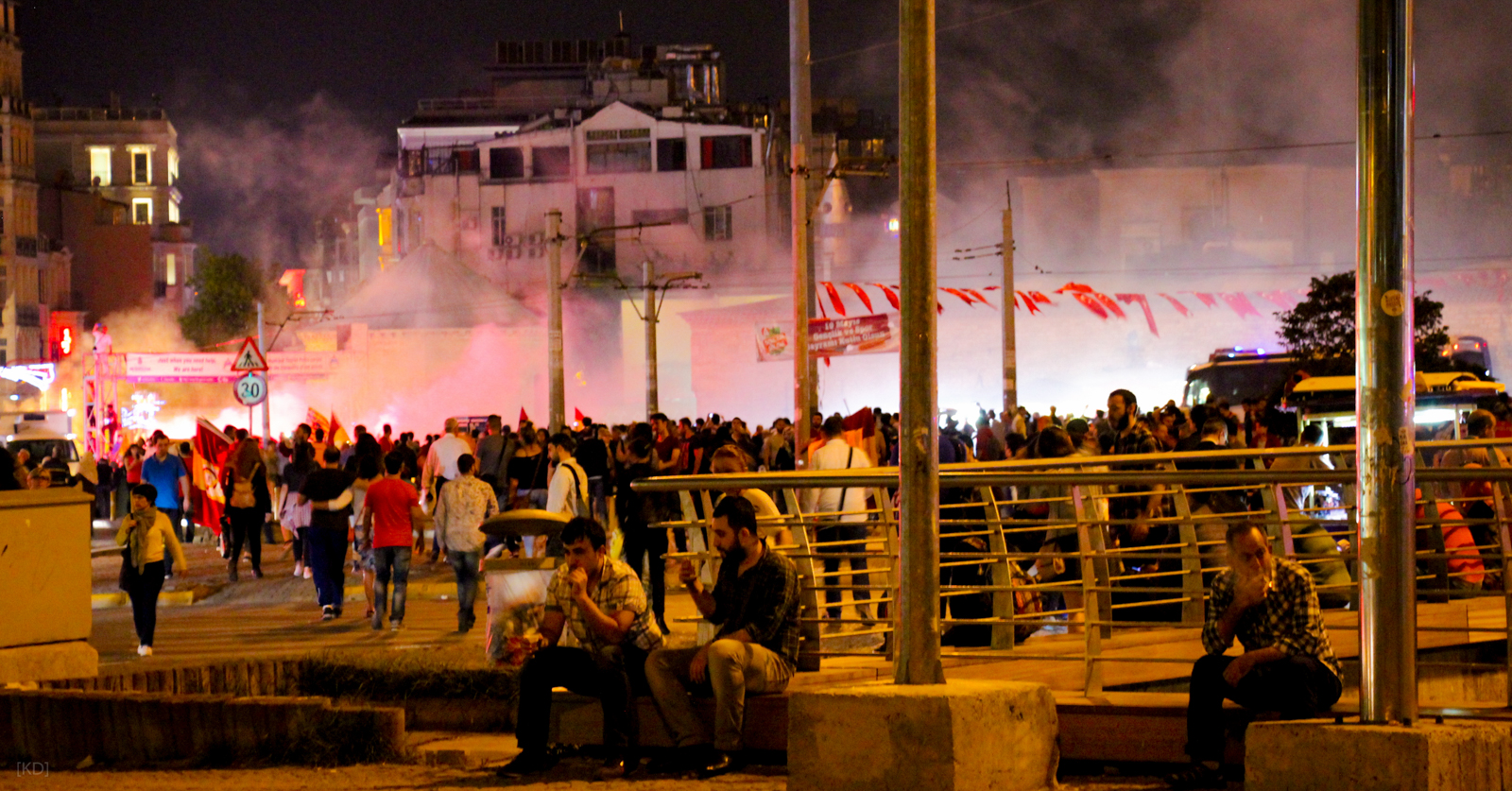 Speaking of good fortune, I also discover a popular sweets shop at Taksim Square which serves the BEST baklava I have ever eaten! Heavenly dry-fruit laden goodness! 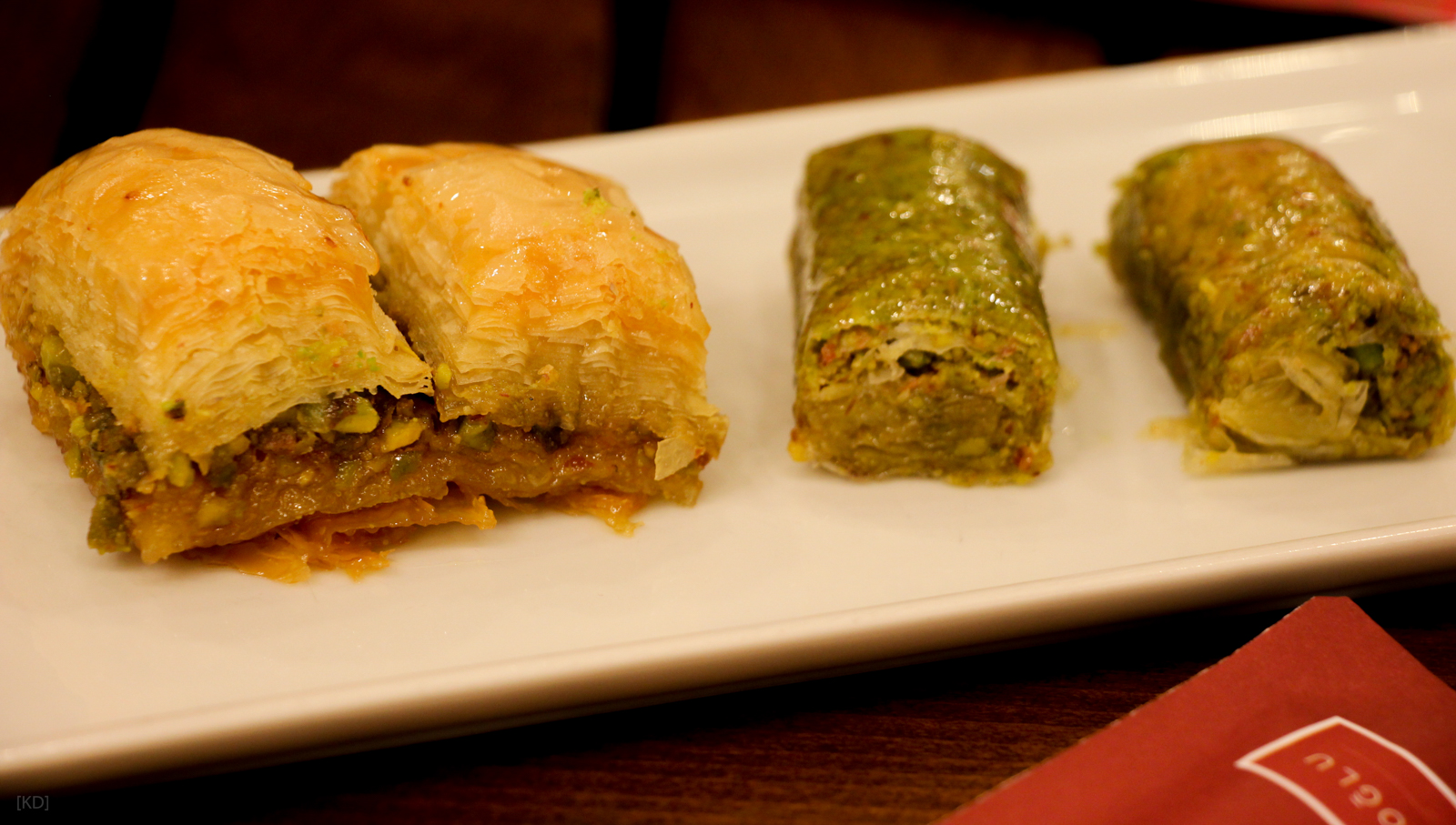 One thing not to be missed while in Istanbul is a cruise on the Bosphorus and I believe my best decision has been to get onboard one that departs just before sunset. The light is beautiful to illuminate the city on both sides and the weather pleasant to sit on the outdoor deck to take in the views. 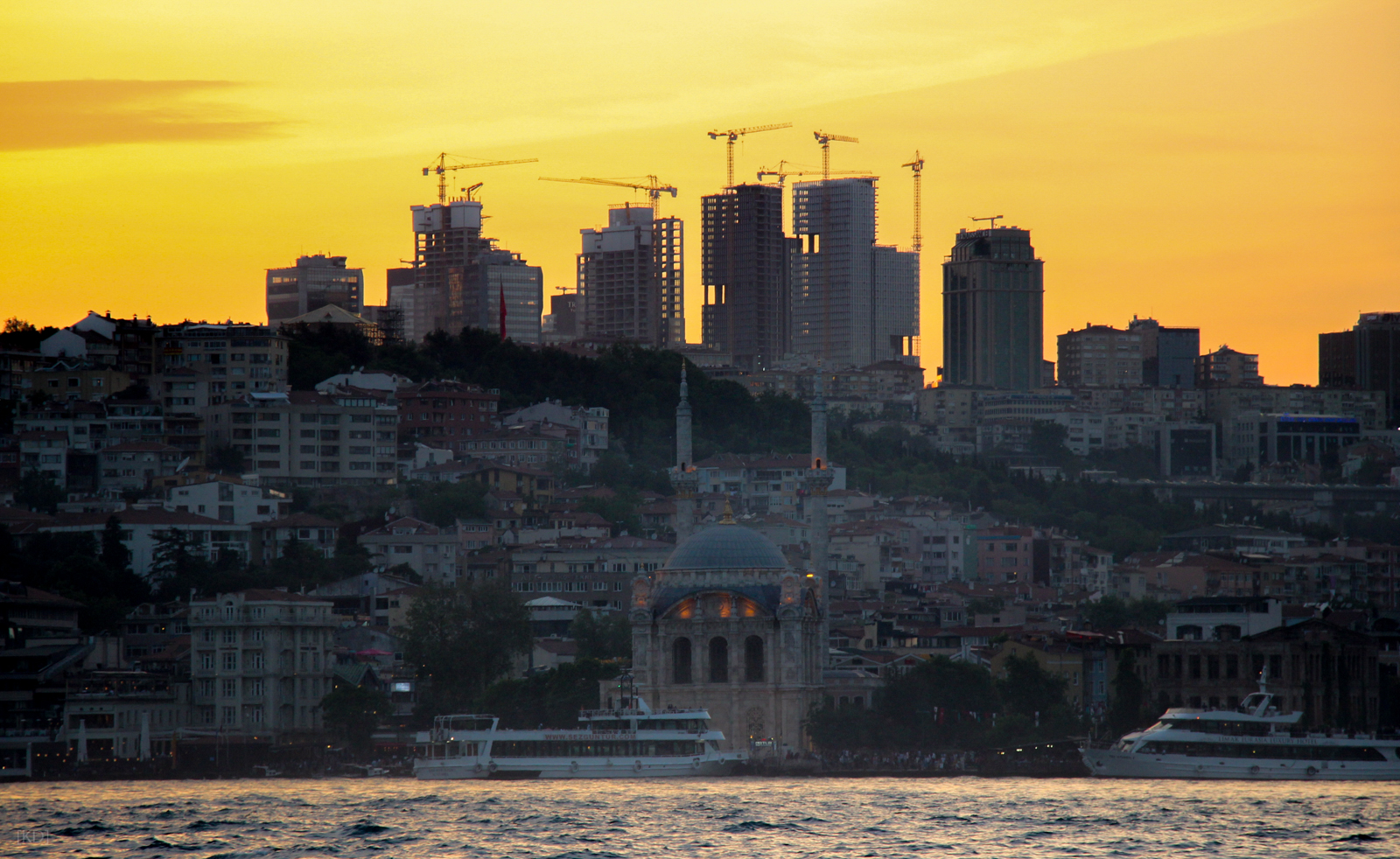 The Bosphorus connecting Mediterranean Sea to the Black Sea is one of the busiest waterways in the world, shared by everything from giant container ships to luxury yachts and from cruise liners to humble ferries.

Istanbul, with its long history, has historic landmarks strewn about all over the city, some of which do not get much love from tourists just because they are out of the way. One such gem, away from maddening crowds, sitting by itself in the middle of traffic and residences is the Valens Aqueduct. 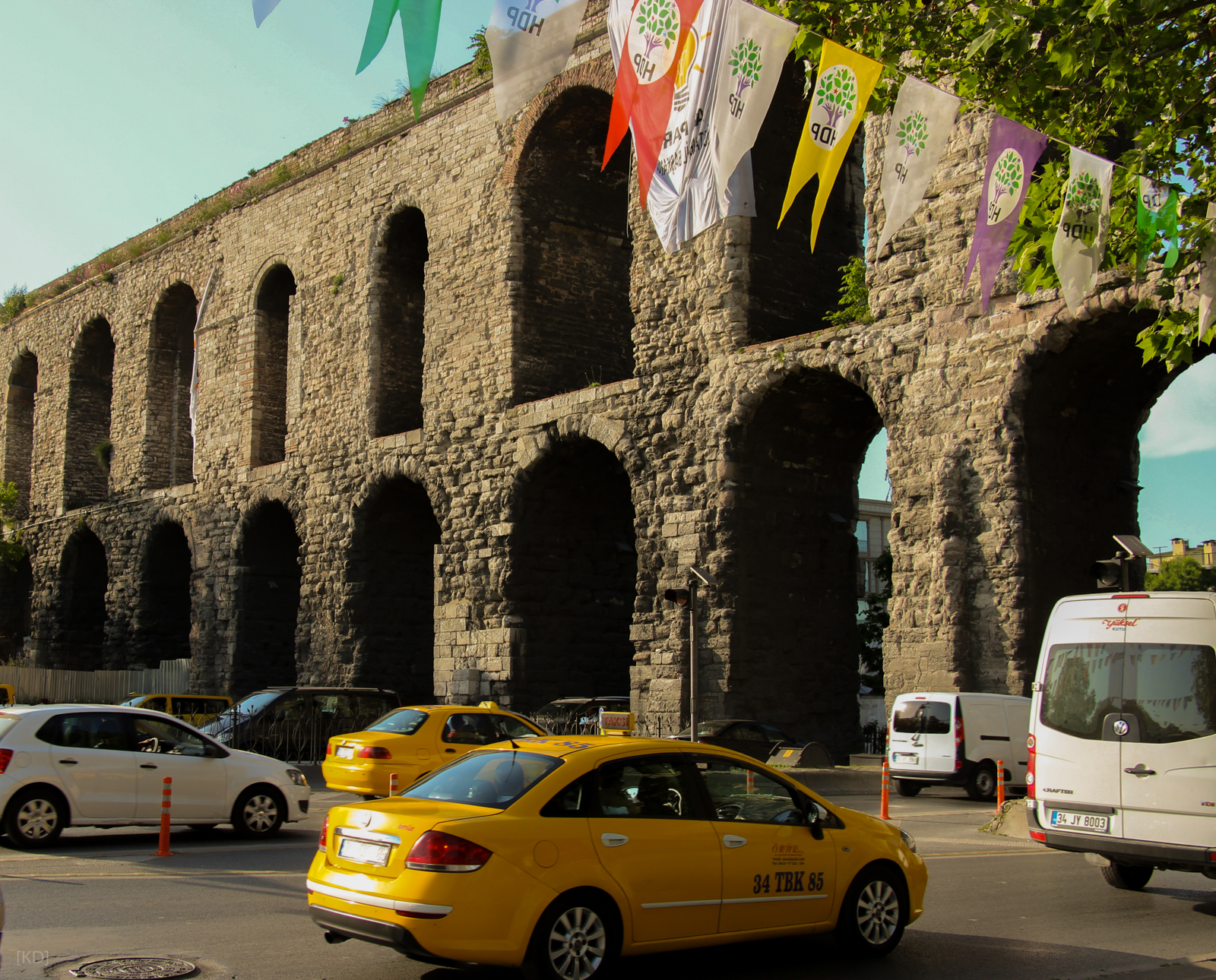 Built by the Roman Empire way back in 4th century AD to provide water supply to Constantinople, this majestic structure stands tall even today, and there is a beautiful park at its base to spend an hour or two in peace looking at the city go by about its business.

The sun may set, but activities in Istanbul are far from over. Back in the old city, if in the mood for shopping the place to head to is the Grand Bazaar which I hear is beautiful but having skipped that (there is never enough time to cover EVERYTHING in Istanbul), I do not have any personal experience to share about it. If shopping is not your cup of tea, like me, the alternative is to step into one of the many eateries that feature live music and the famous Sufi whirling dervishes. 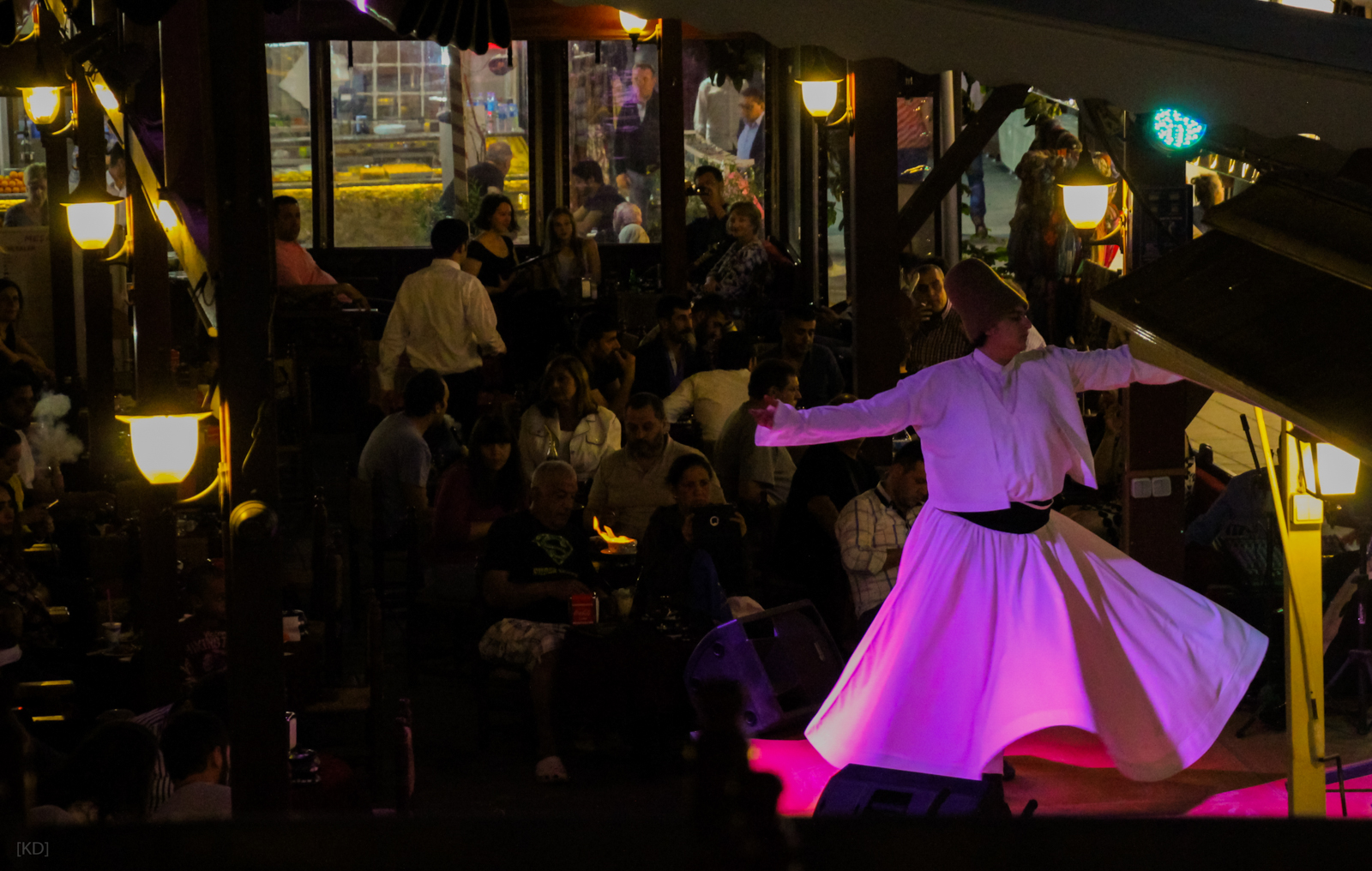 Instead, I decide to spend my night back in Sultanahmet. The crescent moon is up, there is a nip in the air. Sit down on one of the benches looking at the grand Hagia Sophia and the Blue Mosque on either sides lit up, faint classical Turkish music playing in one of the nearby cafes, sipping a cup of hot chai. This is bliss, and an experience to remember for lifetime! 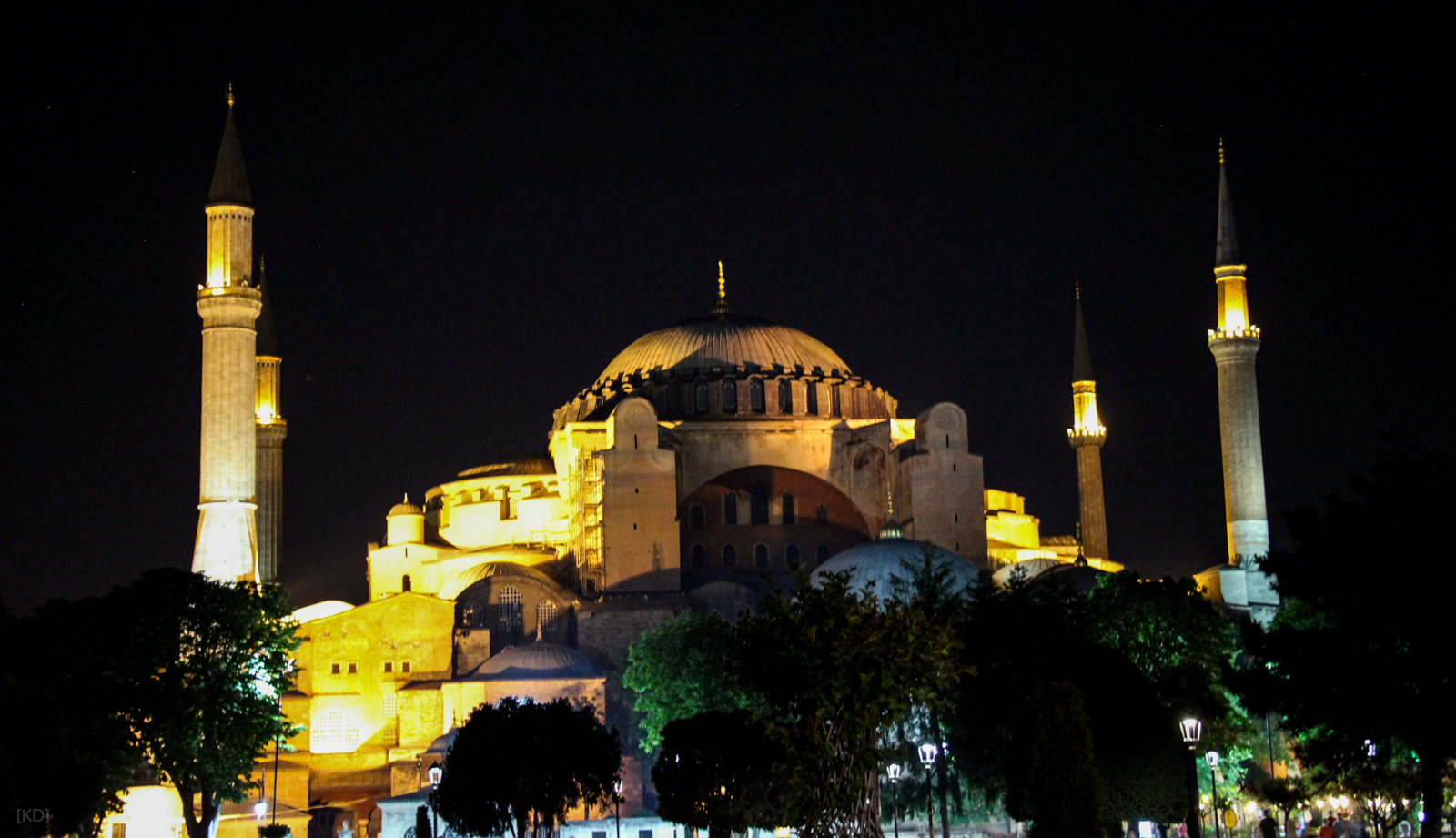 Going to Istanbul? Here are some tips for an enjoyable trip-